Communication services for the scientific research 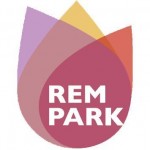 REMPARK is a device that determine and quantify the symptoms of the Parkinson’s disease associated with motor status and it monitors their progression.

This European project has a budget of five million euros and other institutions such as the Hospital Quirón Teknon, Telefonica, the European Parkinson’s Disease Association (EPDA) and several research centers and companies from Germany, Portugal, Italy, Israel, Ireland and Sweden are involved.

This website uses cookies to improve your experience while you navigate through the website. Out of these, the cookies that are categorized as necessary are stored on your browser as they are essential for the working of basic functionalities of the website. We also use third-party cookies that help us analyze and understand how you use this website. These cookies will be stored in your browser only with your consent. You also have the option to opt-out of these cookies. But opting out of some of these cookies may affect your browsing experience.
Necessary Siempre activado

Any cookies that may not be particularly necessary for the website to function and is used specifically to collect user personal data via analytics, ads, other embedded contents are termed as non-necessary cookies. It is mandatory to procure user consent prior to running these cookies on your website.